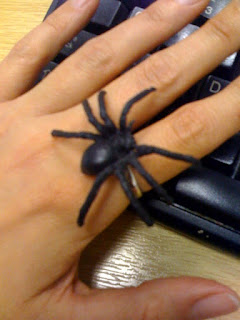 Old lamps for old – Dear Heart fixed my clock radio which was crackling rather too much so that it can give me another 23 years of service. It was a present Christmas 1986. When I read the Heroin diaries I imagined my 11 year old self opening it as Nikki Sixx crouched under a Christmas tree several thousand miles away.

The Ramones – Why did nobody tell me to listen to them before?

HMV – this would be record shops but I feared that would give the impression that I had an independent record shop to frequent. Very happy with double Ramones CD and Michael Jackson’s Bad for a tenner.

Nicole’s Coffee and Sandwich bar – Not only does it still have amazing coffee today they made me a vegan bacon sandwich. They’ve promised me a creamy mock chicken pie for next week.

Charity shops – Just over the road from Nicole’s I picked up two bargain items. A skirt which is perfect for turning into leggings (with plenty of fabric for the repairs that will inevitably be needed) and a retro green and white zip front dress. My only question is what other colours I can wear with green and white?

Other stuff – my new spider ring (as illustrared and reduced to half price), deep sleep, doing much better in belly dancing class, playing bass late on Friday evening, dancing around the kitchen to just about anything, cold veggie pizza for breakfast.