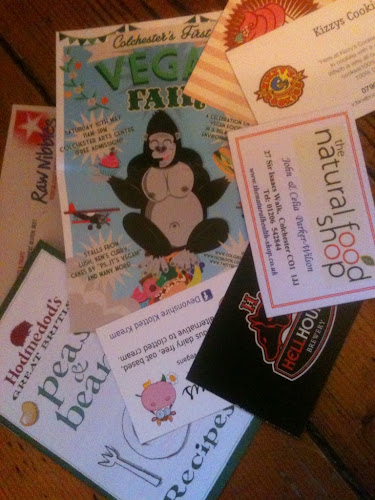 Colchester held their first vegan festival on 10 May so I popped along with some of the Chelmsford Veg Up Group. 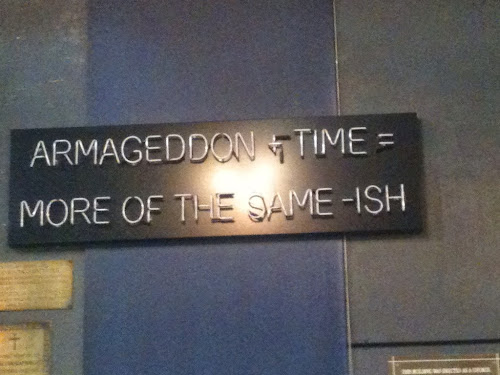 The event was held at the Arts Centre, a former church. It was certainly atmospheric with some quirky decor. 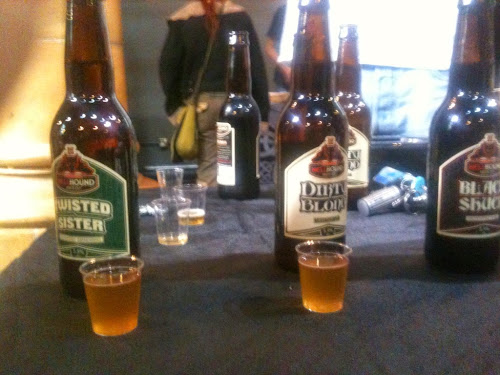 There were a variety of stalls including 2 breweries. Us Essex folk do love our ale.I sampled the Hellhound Brewery (Twisted Blonde was delightful - almost a light wine/beer hubrid) but alas Pitsfield had run out before I made it through the crowds surrounding their stand. Maybe I'll get a change to try their wares at the London Vegan Beer Festival. 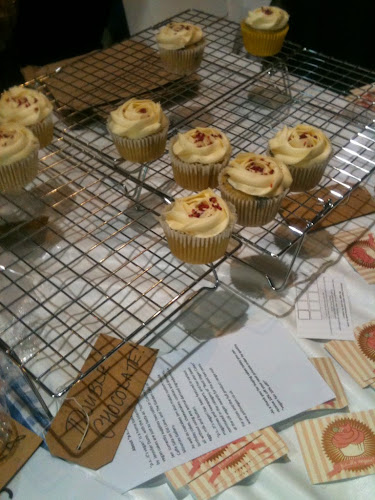 There were also a number of cake stalls which either had massive queues or were sold out. I managed to snaffle a brownie and a cupcake from P.S. It's vegan, and thought they compared favourable to Ms Cupcake. And Kizzy's cookies weren't bad either.
Hodmedod's offered the first Quinoa grown in the Uk and a range of different beans. I'm looking forward to adding the black badger peas to a lentil and stone fruit salad.

There was hot food in the form of Ken's curry. It must have been good as the queue was almost out of the door.

The cafe area was well placed to look down on the fair activity. Tea and cake was provided by Ruby's vintage tea party. I was delighted by the vegan cake on offer but less than chuffed at the none china being used to serve it. 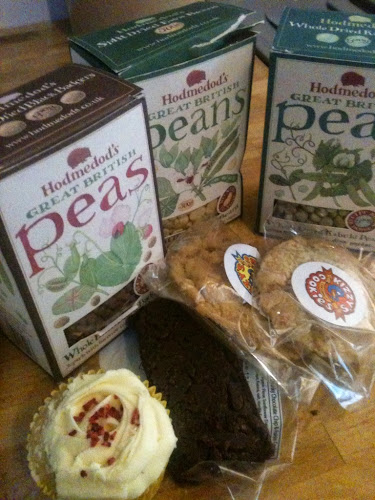 All in all this was a jolly outing. I came home with a bag of goodies to enjoy. An excellent start for Colchester who did well in attracting both punters and stall holders.

Posted with Blogsy
Posted by Unknown at 20:35

Email ThisBlogThis!Share to TwitterShare to FacebookShare to Pinterest
Labels: days out, midorigreen, vegan, weekend antics, What I ate, What I did